Every year the Food and Agriculture Organization (FAO) of the United Nations celebrates World Food Day, an annual event started in 1979. Of all the serious failures of corporate globalization, starvation and malnutrition are among the most devastating, the most shameful, and compared to other seemingly “important” issues covered by the business media, the most ignored.

The numbers are staggering. According to the United Nations, starvation and malnutrition (or hunger, officially defined as a chronic absence of proteins and caloric energies that lead to declining health and in extreme cases, death) takes the lives of approximately 24,000 people every day, or almost nine million a year. Children consist of 75% of these deaths. 840 million people, or approximately 14% of the world’s population, are currently malnourished. Two billion people, almost a third of our world, suffer from anaemia, a red blood cell disorder caused by a lack of iron, vitamin B12 and folic acid. The World Bank states that of the four billion people who live in developing countries, 1.3 billion have no drinking water.

For the first time in earth’s history, there are as many underweight people as there are overweight – 1.1 billion – according to the World Health Organization (WHO). Since the founding of the FAO in 1945, it is estimated that 400 million people have died from hunger and poor sanitation, more than three times the number of people killed in wars fought during the entire 20th century. Yet the costs of ending this kind of suffering in our world are fairly negligible: providing nutrition as well as the basic medical needs of the world’s poorest people would cost approximately $13 billion (U.S.) a year, or roughly 15% of what the American government spent on the war in Iraq in 2006.

The millions of recent deaths from hunger mirror some of the great famines of the 20th century, including the estimated 13 million who died in the Soviet Union under Joseph Stalin from 1929 to 1933, the 30 million who perished during Mao’s Great Leap Forward in China over a four year period from 1958 to 1962, and most recently, the 2.5 million who died in North Korea during the late 1990s. Yet whereas the barbarity of the Stalinist system is condemned for these tragedies – and rightly so – global capitalism seems to be let off the hook by today’s economists for its own crimes against humanity.

People are supposed to believe that hunger and malnutrition are not created by unemployment, poverty and the lack of access to basic foodstuffs and clean water caused by the global market, but largely by overpopulation, a lack of food production, war or bad weather. These myths perpetuate the false idea that hunger or malnutrition cannot be stopped, and that they are simply a “natural” occurrence in today’s world. At the most extreme, the thoughtless and racist idea that “feeding them now will only result in more children and even greater malnutrition in the future” has been used by the Right to excuse global hunger.

It may surprise some to learn that war and famine account for only 10% of hunger deaths, or that many industrial countries suffer from the same kinds of flash flooding and extreme heat waves that poor countries face. The only difference is that wealthy countries can afford such technologies as refrigeration, advanced watering methods and highly developed transportation systems which significantly enhance the ability to protect food stuffs from the elements and deliver it to communities in a timely fashion. The huge scarcities created by global capitalism does not allow most poor countries to afford such tools. Ironically, the FAO maintains that our world produces enough food to provide every person with at least 2,720 kilocalories (kcal) every day – more than enough for everyone to enjoy a healthy lifestyle.

The other causes of world hunger are more obvious. The global debt trap is certainly one of them. The World Bank has admitted that the developing world now spends $13 on debt repayment for every $1 it receives in grants. Tens of billions of dollars that could be used for investments in water systems, infrastructure to rural communities, education and health care are instead being used to pay off debts to western banks. At the same time, pro-corporate trade policies have the peculiar effect of heavily subsidizing and opening markets for western agribusiness to sell products to developing countries (that helps put small farmers there out of business), and at the same time allowing them to export other foods back to the industrialized world from poor countries where malnutrition already exists, an activity that economists call “free trade” and don’t seem to have much trouble with.

Over the last ten years, little progress has been made, with worldwide malnourishment decreasing by only 2.5 million people each year, which even the FAO admits is a drastic slowdown in comparison with previous trends. It is nowhere close to matching the 2015 targets originally laid out at the 1996 World Food Summit. Even with the worthy efforts of hundreds of non-governmental organizations who work everyday all over the world to end hunger, when it comes to food security, global capitalism can be called nothing but a spectacular failure.

If hunger and malnutrition are ever to be brought to an end, than a massive redistribution of wealth and power must take place from the rich to the poor, including the cancellation of debts to western banks and the breaking up of large, mono-cultured, corporate-based “factory” farms into smaller plots controlled and owned by family farmers and rural communities (which, according to recent evidence, relies on fewer inputs and actually produces higher yields). Improving equal rights, education and access to fairly-paid work and to land for women would also improve food security. Large-scale investments would also have to be made to rural areas, improving health care, housing and transportation systems for farmers. Global dominance of agriculture by big business must give way to social and economic democracy and agricultural diversity at the local level.

What is most hopeful about these ideas becoming a reality is the massive uprising of farmers’ groups and peasant-based organizations throughout the world. As reported by independent media – and ignored by the corporate press – tens of thousands of farmers from Indonesia to Mexico to Brazil have taken up struggle to seize agricultural lands and use them cooperatively for the benefit of local communities and the poor. In other countries like India, in the face of corporate interests that wanted to patent life and other agricultural products, farmers united and fought to retain ownership of seeds which have been used by rural communities there for thousands of years.

This is only the beginning. Even the mainstream press cannot hide the fact that farmers from around the world are turning their backs on the global marketplace and creating democratic alternatives on their own terms. From these developments, organizations based in the more industrialized world such as Friends of the MST (Brazil Landless Workers Movement), Food First, and Make Poverty History are taking action. If the so-called “democratic” governments of the western world would do the same, than maybe World Food Day would no longer be necessary. 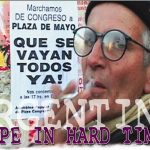 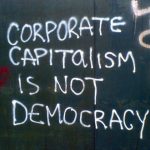 Workplace Democracy – the NDP’s Next Strategy for Success?News