Throughout the nation of Argentina, tens of thousands of unemployed people search the streets and garbage dumps for recyclable products. Called Cartoneros, many of them are young, some of them barely teenagers. Each Saturday, a truck drives by their neighborhood to buy some of what they have collected. This is their means of survival in the new Argentina.

Illustrating this day-to-day struggle of unemployed and poverty-stricken Argentines is an inspiring new documentary by Seattle-based independent film makers Melissa Young and Mark Dworkin. Named Argentina: Hope in Hard Times, the film reveals how ordinary people in dire circumstances can overcome incredible challenges by working together for common goals.

The story of Argentina over the past decade has been a sad one: due to financial pressures from the International Monetary Fund (IMF), the government privatized state assets, fired tens of thousands of civil servants, deregulated financial markets, slashed social program spending, rose interest rates, and cut public sector wages and benefits. Not surprisingly, the incomes of the wealthy and powerful increase almost exponentially, while unemployment and poverty skyrocket for the poor and working class, leaving the country with greater inequality and public squalor. Added to this is the financial collapse that began in 2001, when even hundreds of thousands of middle-class Argentines lost their jobs and savings.

When this crisis hit, Young and Dworkin were actually on vacation in South America. But with millions of Argentines taking to the streets shouting “Que se vayan todos!” (“throw them all out!”) and thousands of desperate workers taking over abandoned factories to protect their jobs, the film makers went back to the United States and later returned to Argentina with their film equipment.

Whereas other documentaries such as Naomi Klein’s The Take focus on democratically-controlled businesses in Argentina, Hope in Hard Times embraces a much broader perspective on the Argentine free market tragedy. The documentary not only examines how Argentines have adapted their lifestyles to a crumbling economic system, but asks larger questions about human nature and the possibilities people have of building a different kind of economy and a new society.

It is difficult to believe that 100 years ago, Argentina had one of the largest economies in the world, and the per capita income was about 70% of that of the United States (today, that number is about 25%). Historically being the richest country in the continent, many Argentines considered themselves more European than South American, although recently this attitude has begun to evaporate.

Some of the more memorable scenes from the documentary include its dire illustrations of shanty towns that look remarkably similar to those of apartheid-era South Africa, demonstrating the widening divide between the rich and the poor in Argentina. Young and Dworkin also take the viewers into the street corners of Buenos Aires, where organized groups of activists, many of the unemployed, gather on a regular basis to discuss ideas and proposals for future actions, including street demonstrations, tax revolts, land occupations, and more ambitiously, lobbying government officials to refuse additional IMF loans. Every suggestion is voted on democratically by the group, with each member having a vote.

This egalitarian form of organization mirrors many of the factories recently taken over by workers throughout the country. With the economic collapse came the abandonment of hundreds of businesses by their owners. But instead of joining the ranks of the unemployed, some workers decided to not-so-legally take control of their companies and manage them democratically, without bosses. The film examines the worker-controlled Ghelco company, Industrias Metalurgicas Y Argentina (IMPA), and the celebrated Brukman clothing factory of Buenos Aires.

Related to these industries are the newly-developed cooperatives that have sprung up throughout the countryside, all of whom integrate significant levels of democratic decision-making. The Light of Hope Community Centre, which was created on the site of a former garbage dump, includes 340 families. Just a few miles down the road there exists another cooperative where more than 130 people farm on nine hectares of land. Child-care cooperatives, barter fairs (where people can freely exchange goods and services), and a growing array of charitable organizations further symbolize the new forms of collaboration growing in the country.

Viewers might expect the documentary to deal with the politicians, IMF officials and other elites who were largely responsible for the crisis. It refuses to do so, and it is the film’s interaction with ordinary Argentines that is most stimulating. A young protester is interviewed and proudly states that his local church raised funds for the victims of 9/11 in the Fall of 2001. Ironically, he then asks the cameraperson “if someday the U.S. will help us.” One elderly woman, a member of the Mothers of the Plaza de Mayo, who march every week through a square in Buenos Aires carrying pictures of their sons to remember the 30,000 people killed by the military dictatorship from 1976 to 1983, comments on the larger picture: “Globalization is still capitalism, they’ve just given it another name. Capitalism always turns into imperialism.”

It is this collective outlook of the Argentine people that reveals their true character. One would think that desperate people would turn inwards and concern themselves with their own well-being. As Hope in Hard Times illustrates, millions of people decided instead to work together for the common good to improve their conditions.

During a political or economic crisis, what is it that makes one society turn to equality and democracy, such as contemporary Argentina, and others to turn to fear, repression and exploitation, such as Depression-era Germany? What would happen if such an economic catastrophe were to strike North America, something which no longer seems that unfeasible. How would we respond? Would people work together to tackle such problems as poverty, unemployment and inequality, or would they turn to xenophobia, immigrant-bashing, leader worship, and the neo-liberal orthodoxy of “greed is good?”

What is most unfortunate is that the recent story of Argentina has largely been ignored by the mainstream media (just imagine the news coverage if this kind of economic crisis and eventual revolt of the masses were to take place in Cuba or Venezuela). Hope in Hard Times should be required viewing for economics professors and government leaders who still have faith in the neo-liberal policies of the IMF and the World Bank. Shown recently at several film festivals throughout North America, it paints a very hopeful picture and reveals the huge potential for billions of people throughout the Global South to overcome even the most spectacular failures of free market capitalism.

The Politics of Raising the Minimum WageNews 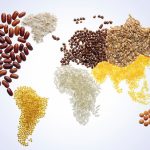