The Public and Private Workers of Canada (PPWC) asked me to create an advertisement for the popular Canadian magazine Media Planet.  It was the 50th Anniversary of the PPWC, and I wanted to convey its strong progressive values since the founding of the union half a century earlier.

I listed those values on the left in Helvetica font against a minimalist black background. I created a lot of negative space on the right, which helped focus the attention of readers on the logo in the bottom right and the caption in the top right: “A lot has changed since 1963. For our union, some things stand the test of time.” 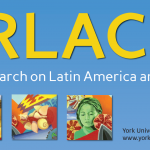