It isn’t every day that labour activists in Canada have a chance to meet face-to-face with fellow comrades engaged in union struggles throughout the globe. Yet for three days in July, almost 200 people from two dozen countries attended a conference at McMaster University in Hamilton, Ontario. Organized by Labour Start, it was designed to bring working people together from diverse backgrounds to foster greater global solidarity.

“This was going to be bigger and more interesting than anything else we’d ever done,” said Eric Lee, founder of LabourStart and conference organizer. “It was not our first conference – we had events in London in 2002 and 2008, as well as conference in Washington in 2009. But those were small, invitation-only events. This was our first public event.”

LabourStart was founded in March 1998 as an online news service covering union events and struggles from around the globe, and it has become the world’s premier go-to website for union activism and news. Managed on a purely volunteer, non-profit basis, the website enlists almost 800 correspondents who publish links to over 90,000 labour news articles in 24 different languages each year.

Tens of thousands of people also participate in LabourStart’s online solidarity campaigns that assist labour activists from around the world. “These campaigns have helped workers to win strikes and have freed jailed trade union activists for a decade,” said Lee. “Most people who know about LabourStart know about the campaigns.”

Conference organizers wanted to bring people together to discuss common struggles and network to build stronger cross-border links. “Workers can draw a line directly connecting much of what happens in their workplace to the thing we call globalization, and that if the problem is global, the solution has to be, too,” said Derek Blackadder, a labour activist and LabourStart correspondent from Ontario.

A Different Kind of Labour Conference

Immediately from the standing-room only opening session, participants realized this labour conference was going to be something unique. Delegates and speakers came from as far away as Taiwan, Iraq, Iran, Russia and Mexico, to name a few. Conference organizers had to remind everyone that participants from certain countries where labour rights aren’t respected were taking risks just being there, and that anyone wanting to take photos of others or record their comments should first ask for permission.

In addition, delegates were angered to learn that three people scheduled to speak, two from Algeria and one from Egypt (whose names shall remain anonymous for their safety), were prevented from attending because their visas were denied by the respective Canadian embassies in their countries. The official explanation from officials was that the three are active opponents of their governments, might not wish to return, and therefore constitute a “risk” – a common excuse used by Canadian immigration officials on numerous occasions.

Both LabourStart and the Washington D.C.-based Solidarity Center sent letters of protest, and one of the presenters from Egypt was finally granted a visa, although it came far too late. A leading union leader from Bangladesh scheduled to speak had a very suitable reason for not being able to come – more than 50,000 workers in his country had recently went on strike to raise the minimum wage to $76 (U.S.) per month. Another group of union activists from outside Canada planning to speak recognized their attendance at the conference would, as Blackadder stated, “put their security at risk,” and therefore reluctantly decided to cancel their participation.

The conference featured keynote speaker Judy Rebick. The social activist and writer focused on the June G20 protests in Toronto and the more than 1,000 arrests that took place over the space of just a few days.

Rebick criticized the mainstream, corporate media for overlooking the real issues of the G20 summit and the authoritarian use of police tactics against peaceful protesters. Instead, she praised the predominately web-based social media that covered the summit, laid out progressive policy alternatives to those being discussed by the world leaders, and highlighted the dozens of examples of police brutality ignored by the mainstream press. “Because of social media,” she said, “we were able to counter the lies of the police.”

Rebick was not without criticism of the labour movement, however, and the slow pace at which it accepted the internet as a tool for social organizing. “Back in 2001, there were almost no unions which understood that the future was online,” she said. “There was a kind of backwardness in the labour movement in terms of the internet and social media.”

The conference included almost thirty different workshops on a variety of issues, most of them relating to union organizing, global solidarity and successful campaign strategies to win struggles. Organizers incorporated specific workshops on young workers, using the internet to enhance the communications goals of unions, organizing migrant workers, and working class history and culture.

Delegates had a difficult time deciding which ones to attend, since as many as eight were taking place at one time. “I wish I could go to all of these” was a statement heard more than once throughout the hallways.

Another highlight of the conference was a Saturday night screening of Who Needs Sleep?, a documentary directed by renowned filmmaker and two-time Academy Award winner Haskell Wexler. Along with the 12 On/12 Off campaign, the film raises awareness about the issue of long work hours and chronic sleep deprivation suffered by workers in the not-so-glamorous film industry. It tells the story of Brent Hershman, an assistant cameraman who in 1997 fell asleep behind the wheel, crashed his car and died after a 19-hour day on the set. Just hours earlier, he had promised his eight-year old daughter he would be home by the time she woke up.

The 88 year-old Wexler, who attended the conference and participated in a seminar on the issue of work hours, was happy to take questions from the audience. One of the organizers of the event, CUPE activist Amanda Coles, addressed the conference the following day about the success of the screening.

A hush of silence came over the hall as she began to shed tears when talking about her partner, who also works in the entertainment industry: “Last night’s event left me very reflective on the way home and incredibly emotional because I saw my family on that screen last night,” Coles said. “I don’t want to be the widow whose husband dies in a car accident on the way home from his job.”

A common theme throughout the conference was building greater cooperation between unions around the world to counteract corporate globalization. Adam Lee, a campaigner with the International Affairs department of the United Steelworkers, hosted a workshop on the issue.

“Unions have to work across borders in order to match the power of global employers,” he said. “Unions developed decades ago when economies were national. But now, the economy is becoming more globalized, and as trade unionists, we want to be proactive and responsive. We have little choice but to globalize ourselves in order to retain power.”

Another well-attended workshop focused on workers’ rights in Iran. Labour activists there are calling on unions and human rights campaigners around the world for support, and LabourStart has helped initiate several campaigns calling for the release of Mansour Osanloo, a leading labour activist who has endured torture at the hands of state authorities and is serving a five year sentence in Tehran on dubious charges.

Although western governments and pundits score points by taking shots at the authoritarian government in Tehran, presenters reminded delegates that many of the neo-liberal economic policies that are oppressing working people in Iran are being implemented in countries all over the world, including the so-called “democratic countries” of the wealthy north.

Farid Partovi, a coordinator with the Toronto-based International Alliance in Support of Workers in Iran, made an interesting comparison between activists in Canada and Iran that received some laughs from the audience: “Stephen Harper may call demonstrators at the G20 summit in downtown Toronto ‘thugs’, but our demonstrators in Iran have been burning police cars, too.”

Another popular workshop discussed the issue of workers’ rights in East Asia and how to best engage the “official” (read: state-controlled) labour unions in countries like China. The only labour confederation in the country is the All China Federation of Trade Unions, a highly bureaucratic organization with a very poor record of defending workers’ rights, one in which representatives are appointed without elections. Meanwhile in Taiwan, it was only in 2000 that the government allowed for the creation of labour federations other than the tightly controlled Chinese Federation of Labour (CFL).

Lennon Ying-Dah Wong, the General Secretary with the First Commercial Bank Industrial Union based in Taipei City in Taiwan, discussed the importance of cross-border solidarity between workers in both countries. “The labour movement in China would thrive with a boom of the labour movement in Taiwan,” he stated.

Wong added that unions throughout the world could help workers in both countries by pressuring banks not to invest in sweatshops there and companies to obey the labour laws already on the books (but often ignored), supporting protests and strikes of workers, and cooperating with Non-Governmental Organizations (NGOs) within both nations, although doing so “gently, carefully and patiently.” As he cautioned delegates: “Don’t play a high role when contacting Chinese NGOs and activists. You might put them in danger.”

The conference finished with a rousing rendition of “Solidarity Forever.” When looking at the challenges facing labour unions in the world today and the power of global capital, it may just be international workers’ solidarity that makes the difference between further inequality and exploitation on one hand and worldwide social justice and democracy on the other. 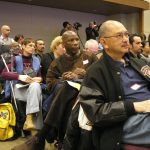 Forging Ahead with the Green Jobs AgendaNews 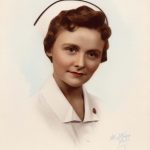 Promises Not Kept: A Warning to Young NursesNews